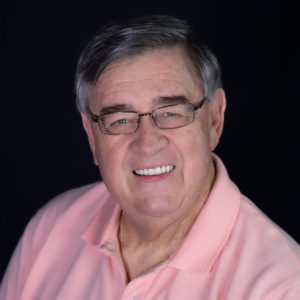 Gary was an active entrepreneur for over twenty years; being heavily involved with executive management, product development and sales & marketing. He founded five companies, was a key executive in three other companies, and assisted many startups; working with people and companies, literally, around the world.

Gary was a principal contributor to the success of TechRx the ‘Apple’ of the pharmacy software industry – 2/3 of all US prescriptions are dispensed via TechRx software.  The company was acquired in 2003 by NDC Health, producing over a 550% return for the Series A investors.  Another startup company he assisted, AddThis, was acquired by Oracle in early 2016.

Gary has a BS in Political Science from Valparaiso University and attended CMU’s Tepper School of Business. He has also delivered presentations at international industry conferences and had numerous business and general interest articles published in national, regional and local publications.

Gary also founded Help Startups, a non-profit that was dedicated to assisting entrepreneurs on an individual and collective basis. Working through Help Startups, Gary was responsible for launching HelpStartups.com, which was the most comprehensive entrepreneurial support web portal in the country.  Continuing his non-profit work, Gary now serves as President of the LeMoyne Community Center in Washington, PA.

In 2007 Gary turned his attention to aiding other entrepreneurs by serving as a mentor/coach/advisor to assist them in choosing the best path to advance their business with the least stress.  During a session, one of his clients said, “You’re really a Business Therapist!”   Gary considered this statement and realized it was absolutely the best way to truly describe what he does, so he adopted the title and the rest is history!

Gary is interviewed on his approach to Business Therapy